President's Rings | For 35, diamonds are forever 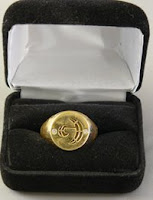 [The bling in spring stays mainly in the rings]
Newspaper chief Bob Dickey just announced 'em. And talk about LOL timing: The Courier-Journal's circulation chief, Mike Huot, has won lucky No. 13! (Plus, is two-time winner Chris Apel in charge of that paper's press, too?) Overall, Dickey's announcement says, there are 35 wieners of the U.S. newspaper division's top annual awards.

Following is the two-page memo; click on the images for a (somewhat) bigger view: 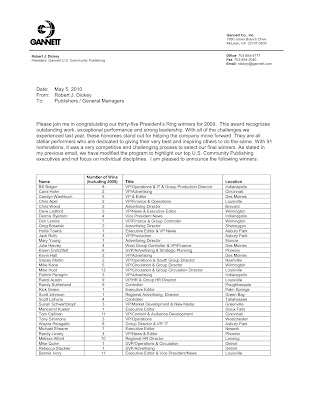 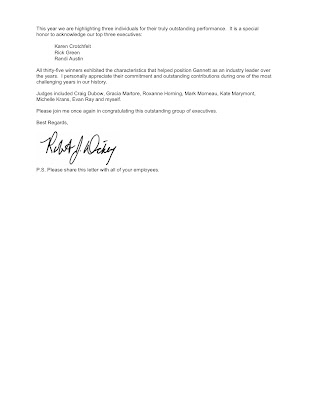 Earlier: Catastrophic press failure in Louisville. Plus: Gannett's Jewelry Division is still churning out gold and precious gems to the company's most loyal vassals
at 3:20 PM

Email ThisBlogThis!Share to TwitterShare to FacebookShare to Pinterest
Tags: Awards, Circulation, Louisville, Memos, This Just In