Anonymous@11:19 posted a comment last night that led me to Wikipedia, and then to this article:

Scuttlebutt in slang usage means rumor or gossip, deriving from the nautical term for the cask used to serve water (or, later, a water fountain). 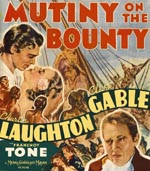 The term corresponds to the colloquial concept of a water cooler in an office setting, which at times becomes the focus of congregation and casual discussion. Water for immediate consumption on a sailing ship was conventionally stored in a scuttled butt: a butt (cask) which had been scuttled by making a hole in it so the water could be withdrawn. Since sailors exchanged gossip when they gathered at the scuttlebutt for a drink of water, scuttlebutt became Navy slang for gossip or rumors.

Jail time for Dubow?
This leads me to that comment by @11:19, who posted an impressively long list of all the rumors they remember floated on Gannett Blog -- rumors they say never panned out.

"My personal favorite," they wrote, "Craig Dubow would be imprisoned (never mind those pesky specifics about charges or a trial)."

They then concluded: "I could go on and on."

As a reply, I'm tempted to post something snarky. ("Stop the presses! People are spreading rumors on the Internets.") In fact, however, I share 11:19's frustration, and I'm sure many other readers do as well.

But as I wrote yesterday about The Cincinnati Enquirer's sorry coverage of layoffs there, when facts are scarce, a news vacuum inevitably leads to rumors and speculation.

That's why this blog exists
Way back on Jan. 11, 2008, the day after I took a buyout from USA Today, I wrote about my 20-year history as a Gannett employee, starting with the now-defunct Arkansas Gazette. Here's some of what I wrote:

My Gazette experience in its final, sad months is one of the reasons I launched this blog. It was fall 1991, five years after Gannett had stumbled into Little Rock. The Gazette was by then losing $30 million or so a year in a bitter war with its cross-town rival, the Arkansas Democrat. The U.S. economy was sliding into recession. Rumors flew that Gannett was planning to sell us to the competition, or dump us into a joint-operating agreement. More than 700 employee families were desperate for information.

Today, much of Gannett is experiencing the uncertainty we saw in Arkansas in the summer of 1991. But now, technology empowers the company's nearly 50,000 employees to communicate in ways not possible 16 years ago.

Fast forward to last week
Things have hardly changed. (Except for the fact Gannett has shed 20,000 employees since then, mostly through layoffs.) Corporate still has this crazy notion it can lay off hundreds of employees across the U.S. Community Publishing division without the larger world finding out. And when management gets caught, as they inevitably do, they wind up with headlines even more negative than if they'd been candid in the first place.

Here's what Corporate's chief publicist, Jeremy Gaines, said when media outlets asked for a comment: "Some USCP sites are making cuts to align their business plans with local market conditions."

That, unsurprisingly, led to an Associated Press story widely published under this headline: "Gannett cuts jobs, but won't say how many."

At the risk of stating the obvious, that's an odd position for a company whose values include "do the right thing," and a mission that says:

"We are on a relentless quest to provide trusted news and information and to actively support the people and businesses in the communities we serve."

Please post your replies in the comments section, below. To e-mail confidentially, write jimhopkins[at]gmail[dot-com]; see Tipsters Anonymous Policy in the rail, upper right.
at 9:00 AM