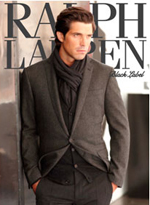 The value of the Gannett Foundation's endowment of stocks and other investments fell to $15.5 million last year from $17.3 million in 2008, according to newly released public documents, and one culprit was a $549,193 loss on the sale of some of those assets.

The foundation, which is advised by two professional money management firms, taps its endowment annually to pay for grants it gives to non-profit groups across the country. It is Gannett's principal source of charity.

The endowment was advised in 2009 by two money management firms that have advised Gannett and its charitable arm for many years: Luther King Fund Management, and Northern Trust of Chicago. Luther King was paid $31,534 in fees, and Northern got $14,946, the documents show.