Craig's list: A myopic board, and a 'cunning' CFO 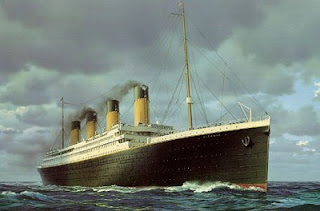 Gannett is, or once it was, a great media conglomerate.

Then, a myopic board of directors placed a man, a great, very likable man, with a brilliant broadcasting career, but a man that had not spent a minute of his professional life inside a newspaper, in charge of a company with 100 or so newspapers at the worst time in the history for print newspapers.

It is like putting at the helm of Titanic a great producer of wheat from Indiana, whom had never been at sea before. He could sink the ship even without icebergs.

The choice was spelling "disaster" when he decided, together with a cunning CFO and a complacent board, to buy back stocks instead of using the cash to pay off the debt. At the end he's got drawers full of devalued stocks, the cash is gone and the debt is still mostly there. If he had used the money to pay off the debt instead, the stocks and the company would not be now where they are.

Tens of thousands of them. 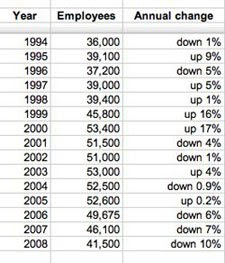 Families are disrupted, the main income is suddenly gone and this is not a textile mill. Employees are journalists, broadcasters, graphic artists. Creative, highly specialized, professional people that cannot just find another job in 30 minutes, specially in this economy.

Does he or the highly overpaid, highly cunning, overly glorified, bean counter get themselves concerned with the human tragedies that they have been creating for thousands of decent people, whom, by the way, had no fault of their own?

Of course not, each of the two is still bringing millions at home every year (of course, as long as it lasts).

'Ignore the hole in the hull'
However, what he and she do not understand, is that there is more water in the ocean than people on the boat, so the tactic cannot prove to be successful at the end.

So, what now? They still ignore the hole in the hull (by now, you understand I am talking about the downward trend in newspapers paid subscriptions and single-copy sales).

What do they do instead? They concoct a new plan, which involves shutting down revenue producing assets, threatening the shutting off of more, and in the meantime tell everybody that, guess what, every three months you will not receive one two weeks paycheck.

Great! The morale was already low, now, not only there is no hope for the future, there is no money left in the monthly budget to take the kids out for pizza, once in a while, or to take the wife/husband for a night on the town, once in a blue moon. If the kids grow out of their shoes they can just go barefoot. They heard it is fashionable in the French Riviera. (A bit less in NoVa where the asphalt is either too cold or too hot, but never mind that.)

'Keep slapping them in the face'
That is precisely what you need to get the creative juice flowing in those tens of thousands of wonderful, highly professional people that made Gannett, Gannett:

Keep slapping them in the face until your hand hurts, they don't deserve it, but guess what, you can, so keep going.

Like in the Ben Hur movie, the rule is "row, slaves, and live, to serve the Emperor."

Should I add more? This Craig's list is short, sad and discouraging. It should really cease to exist. It offers no hope because unfortunately the truth is that good ol' Craig knows about newspapers as much as a beauty queen does (and his wife probably bakes cookies that tastes like wingnuts, to quote Al Pacino).

Maybe Craig should consider going back to Texas. George Bush already did. They could sit together in one of their mansions and exchange war stories.

After dinner they could even go up on the roof and play the lyre, like Nero, and enjoy watching Rome burn.

Email ThisBlogThis!Share to TwitterShare to FacebookShare to Pinterest
Tags: Broadcasting, Executive Suite, Letters to the Editor