Why GCI revenue decline may be even worse 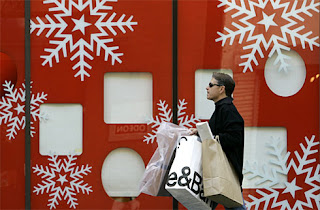 And why this year's holiday ad revenue is more important than ever: Across the newspaper industry, inflation is masking the real severity of the downturn in newspaper print advertising, says Alan Mutter at Reflections of a Newsosaur.

"Based on the 8.6% sales decline in the first nine months of the year,'' Alan says, "it appears likely that print advertising for all of 2007 will total $42.7 billion, give or take. This will put revenues back to roughly the 1997 level, when sales were $41.3 billion." As bad as that sounds, Alan wrote yesterday, the industry actually is in much worse shape. Here's why.

Worth repeating: Gannett disappointed Wall Street when it reported third-quarter results last month. Revenue fell 4% during the quarter, to $1.81 billion from $1.88 billion last year. But analysts had expected $1.82 billion.