At Unity '08, the color of sponsorships is green

See: My disclosure, at the bottom of this post.

Four years ago, public documents show, the Gannett Foundation spent $125,000 to be one of the main sponsors of Unity, the huge quadrennial conference of minority journalists that's become a major recruiting ground for new hires. As Unity '08 gears up to meet in Chicago this July, the price of admission has soared: Gannett would need to spend $350,000 to claim the same sponsorship it brandished in 2004, conference marketing materials show. And that's not even the priciest; Unity's top sponsorship this year retails for a cool $500,000. 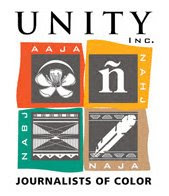 Gannett hasn't publicly disclosed its Unity '08 budget. But the company's six-figure commitment the last time around demonstrates its devotion to workforce diversity, even in a time of industry turmoil. Gannett CEO Craig Dubow says diversity is a key part of his strategic plan. Indeed, Gannett's legendary minority hiring, retention and promotion policies have long been among the industry's most aggressive.

[Your name here]: $25,000
Unity offers a rare window on the bare-knuckled marketing around big journalism conferences -- and the corporate entanglements that ensue. Organizers expect nearly 10,000 attendees. They're pitching sponsors online in a 24-page color brochure (it's a .pdf). Here's an example: For $25,000, companies can sponsor a workshop, where they'll get to "work with the Convention Program Committee on the topic.'' That may explain the noontime panel discussion on July 24, The Diabetes Explosion: A Call to Action for Journalists of Color. It's sponsored by drugmaker Novo Nordisk, which (coincidentally!) bills itself as a "world leader in diabetes care.''

Scheduled Gannett-sponsored workshops don't look quite as venal, although a couple will sound familiar to company employees: Monetizing Your Website, and Multimedia Storytelling on the Cheap.

Sounding presidential
Most years, the four groups hold individual meetings. But presidential election years are popular times for professional associations to combine forces for maximum audiences, in hopes of attracting candidates as speakers. For its July 23-27 meeting, Unity is promising appearances by the Democratic and Republican front runners. Yet, for many participants, the real action is the competition among hiring employers. Unity is boasting 151 recruiters and exhibitors, from ABC television to the New York Times Co. to Young Broadcasting.

The marketing brochure suggests Unity will slap brand names on just about anything nailed down. Pony up $400,000, and you can sponsor the Saturday night closing ceremony; your company's name will be on all the event's signs, and an executive from your outfit "will be invited to make brief remarks at the ceremony.'' Too rich for your budget? McClatchy is spending $40,000 to get its logo on hotel key cards. At the other extreme, $1,000 will land you an e-mail "blast'' -- a message sent to all conference attendees who supply e-addresses.

My disclosure: I enjoyed attending the inaugural Unity, in 1994. But I did get into a kerfuffle during a panel discussion with a member of the National Association of Black Journalists, over gay employees organizing in newsrooms.

Your thoughts, in the comments section, below. Use this link to e-mail feedback, tips, snarky letters, etc. See Tipsters Anonymous Policy in the green sidebar, upper right.
at 10:49 AM