Annals of H.R.: How not to execute a big layoff 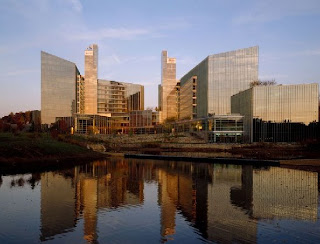 [Corporate: Gannett, USA Today headquarters, McLean, Va.]
When Gannett announced its big August layoff of 600 newspaper workers, some employees accused management of taking too long -- a full week -- to notify those getting axed. "The decision to announce the layoffs last week, and then drop the hammer this week, borders on inhumane,'" one employee said at the time. "It's definitely cruel and unusual."

Fast forward to today, and Corporate's doing it again. Only, this time it's taking even longer to decide which employees to let go -- five full weeks. That's five weeks of 30,000 newspaper division workers worrying they may be jobless in one of the worst economies in years. Productivity take a hit? Count on that.

I described all this to a friend -- I'll call him Steve -- who joined us for dinner tonight. Steve's worked in senior human resource management with big companies for probably 20 years. He's been through downsizings involving thousands of workers. He was surprised, and not uncritical of Gannett's approach.

First, he would never announce the layoff until management already had a list of targeted employees in hand. In other words, the layoff is announced and completed all in one day. Now, can someone tell me why Gannett isn't doing that?

How are you preparing for the 10% cut? Post replies in the comments section, below. E-mail gannettblog[at]gmail[dot-com]; see Tipsters Anonymous Policy in the green sidebar, upper right.

Email ThisBlogThis!Share to TwitterShare to FacebookShare to Pinterest
Tags: Layoffs