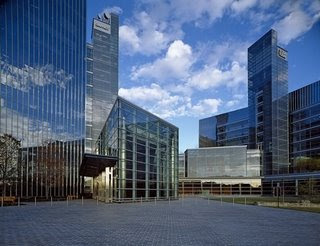 [Gannett's headquarters: Some executive pensions protected]
Comments are pouring in about the sweeping retirement plan changes CEO Craig Dubow announced yesterday. A mystery: Who are the 120 exempt executives on Page 7 of the "key messages" document given to employees? A sampling of comments:
Join the debate, in the original post.
at 5:59 AM